But, we have not shared a single launcher that can make your Android phone look exactly like an iPhone. After you have successfully changed your Android interface to that of iPhone you can get an iOS pouch to rock a complete iOS device look on the hold…. But don’t forget you use the power of technology to convert your Android look to iPhone.

It will look exactly like iPhone from far and near. No one will take note it is never an iOS device unless they operate the phone or remove it from the casing.

For now, you can rock the list of our iPhone device launcher below.

The launchers provided below are based on popularity from Apple app store which is based on the rating, number of downloads, number of sharing and the one that got people talking the most. 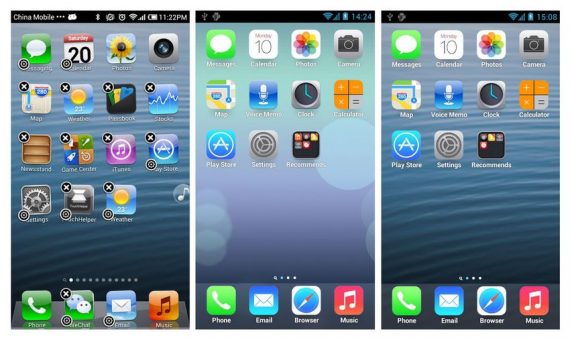 Of all iPhone launchers for Android, Espier launcher is the most popular and most downloaded launcher from Google store.

The transformed Android icons are exactly like iPhone icons. With Espier launcher for Android, you can create a folder on your Android phone, access your Android phone desktop tools, lock and unlock desktop apps, and above all customize the app the way you wants it to be. 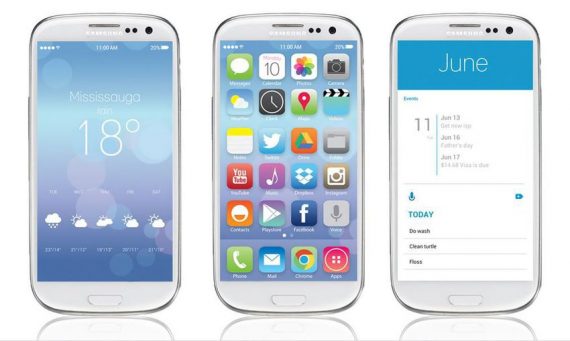 Without iota doubt, if you enjoy iPhone 7 apps look and customization you can just install Hi launcher for iOS 7 themes to achieve the same on your Android phone. This is just a good beginning for Android phone users to make their Android phones look exactly like iPhone. 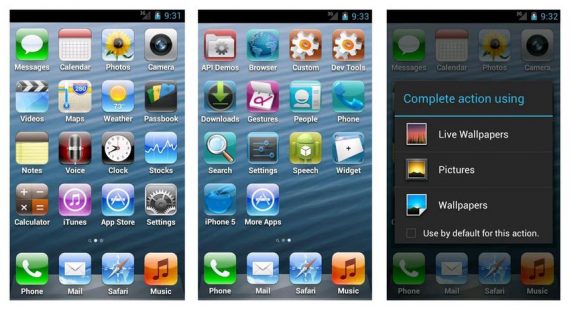 Another iPhone launcher we’d recommend you try out is JBOS7. The beauty of this applies on your Android lock screen. For those that have used Nova launcher for an Android phone, you will know the gravity of having something similar to Nova launcher on iPhone device.

This app fake Android phone to iPhone… Simple! If you have a Samsung Galaxy device that you’d love to pretend as if it’s an iPhone kindly download Fake iPhone 5 launcher. What the app does is that it transform your Android phone into either iPhone 5 or iPhone 4S.

To make this app effective you need another iPhone launcher to help transform your Android app icons and settings to iPhone look. But this app, your Android phone lock screen control center toolbar will experience the best of its life.

There are many launchers outside there. In fact, if you check through Google play store you will see hundreds of launcher that promise to convert your Android phone to iPhone. But at the latter end, you will discover that those promises are just fake. However, over time we have found out these iPhone launchers worthy of its promises and quality delivery.

Lock On Snapchat Story: What It Is And How To Create One