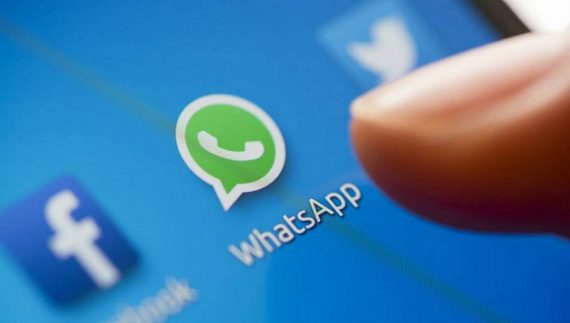 WhatsApp introduced a new feature called “Lock recording” which makes it easy to lock a recorded voice or video before you hit the send button. The WhatsApp lock recording feature comes along with WhatsApp watch YouTube video inside WhatsApp app without opening the video in YouTube app or phone browser.

When you attempt to record a voice note on WhatsApp and you press and hold the mic button a UI padlock slide will pop up to lock the recording. While the lock recording feature is not yet available to all users but it worth to note the benefits associated with the new feature as compared to how we all use to record a voice note on WhatsApp before.

Lock recording on WhatsApp UI padlock that pops up is not a lock to a password to protect the voice note from delete or from being accessible from other users. However, it further gives you a better chance to rest and concentrates on other important things you are doing when you move your fingers away.

Before the introduction of WhatsApp lock recording feature, you have to tap the WhatsApp record mic and hold it down to record. This makes it very stressful and not comfortable recording a long and lengthen voice call, however, the lock recording feature came in place to easy you the stress. And now you can just press the mic to start recording and swipe your hand over to lock recording so that you can move your finger off the mic and do other things.

The disadvantages associated with the new WhatsApp feature that let users lock recording when using voice note is that you cannot leave the user’s page unless you are done with your recording and send the messages. It’s not that you will be recording and move from the recording interface to a new page where you will be able to do other things.

Rather, the lock recording feature helps to relief your finger or fingers over the mic when recording with just a slide permission.

In addition to the above possible disadvantage, it is not possible to view media when you locked a recording on all phone except iPhone 6, iPhone 7 and iPhone X, and possibly the upcoming iPhone devices using 3D Touch.

We are not yet done. It’s obvious that before the introduction of the new WhatsApp feature, lock recording you can also record at a time. So, WhatsApp has not dropped that feature. When you lock recording screen on your WhatsApp you cannot type a message and send a message. You have to wait until you finish recording on the lock screen.

To enjoy this new WhatsApp feature we have compiled a direct step here in this post. All you need to is follow the direction here.

1. Open Google Play Store and update your WhatsApp to the latest WhatsApp iteration

2. Restart your phone to clear caches that might stop the app from working effectively

3. Click on the name of WhatsApp user you want to use WhatsApp lock recording feature with. 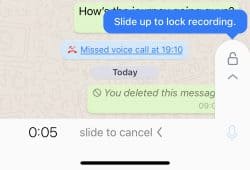 5. Swipe the mic pop up to UI padlock to the right of the page.

That is it. You can remove your finger from the mic and continue to record your voice note as the new WhatsApp lock recording feature. Have you tried the new feature and how was it? I do really enjoy it as it makes it very easy for me to move around while recording and attend to other things rather than the fear of losing my finger off the mic and start over the recording again.